At this stage, a broadleaf herbicide could be used to clean up roadways as well as bird damaged cover crop areas, and eliminate weeds like common mallow (Malva parviflora), wireweed (Polygonum aviculare) and common sow thistle (Sonchus oleraceus) which will compete against the cover crops all through the autumn and winter months.

We expect the millet and sorghum areas to self-terminate with the onset of winter. Ryecorn and ryegrass areas will likely need to be mulched down several times, adding to the overall biomass on the soil surface.

Figure 2: Areas of millet cover crop ground cover at an early stage (4L) with roadways in between.

Another option Kim has in mind is installing a weed mat later in the season, just before planting chillies in September-October 2021 on a flat surface. The weed mat is a ground cover consisting of a woven polypropylene, needle-punched fabric with reinforced fibre for extra durability.

The cover crops will still recycle nutrients and increase infiltration rates. The five metre width rolls of weed mat – if needed – will lay over the cover crops between the roadways, allow fertiliser to flow into the soil, control weeds, warm the soil and be rolled back up at the end of the season to be re-used multiple times. 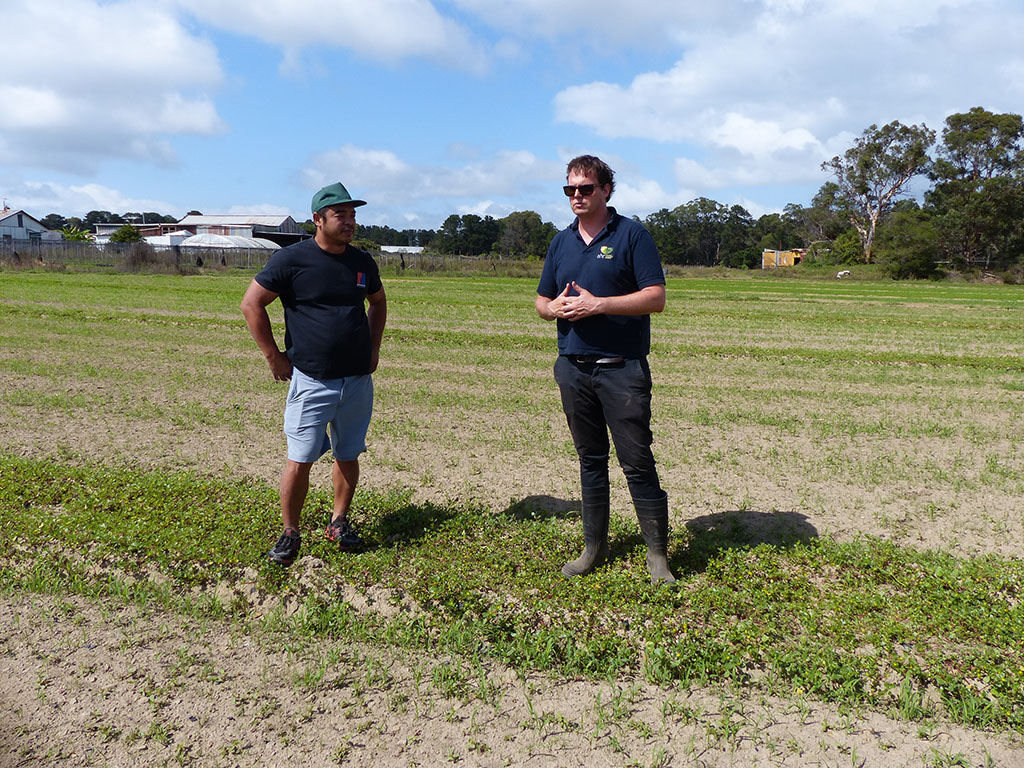