This may have been written in 1937, but former United States President Franklin D. Roosevelt’s words continue to ring true today.

Underperforming agricultural soils cost Australian farmers billions of dollars in lost revenue each year – but the good news is that all is not yet lost for our soils.

The Cooperative Research Centre for High Performance Soils ­(better known as the Soil CRC) drives extensive research into building productive agricultural soils in Australia. This collaborative research effort brings together farmers, scientists, universities, government and industry to find practical solutions for underperforming soils around the country. The Soil CRC has 40 partners across Australia, with projects funded by the Australian Government and cash and in-kind contributions from partners.

“Our purpose is to undertake soil research and development (R&D) to help give farmers the tools and knowledge they need to improve soil management, and increase productivity and profitability,” Soil CRC CEO Michael Crawford said.

“Our research is directed by end user participants and while they are mostly in the broadacre sector, many of our projects are also of interest for vegetable and potato growers as a lot of our work is in the space of soil health.”

Associate Professor Richard Doyle from the University of Tasmania is a Program Leader in the Soil CRC (Program 2 – Soil Performance Metrics).

“Vegetable and potato production are intensive agricultural activities which rely on good soils. There aren’t so many of these soils around, so we want to keep the ones we have in good shape,” he said. 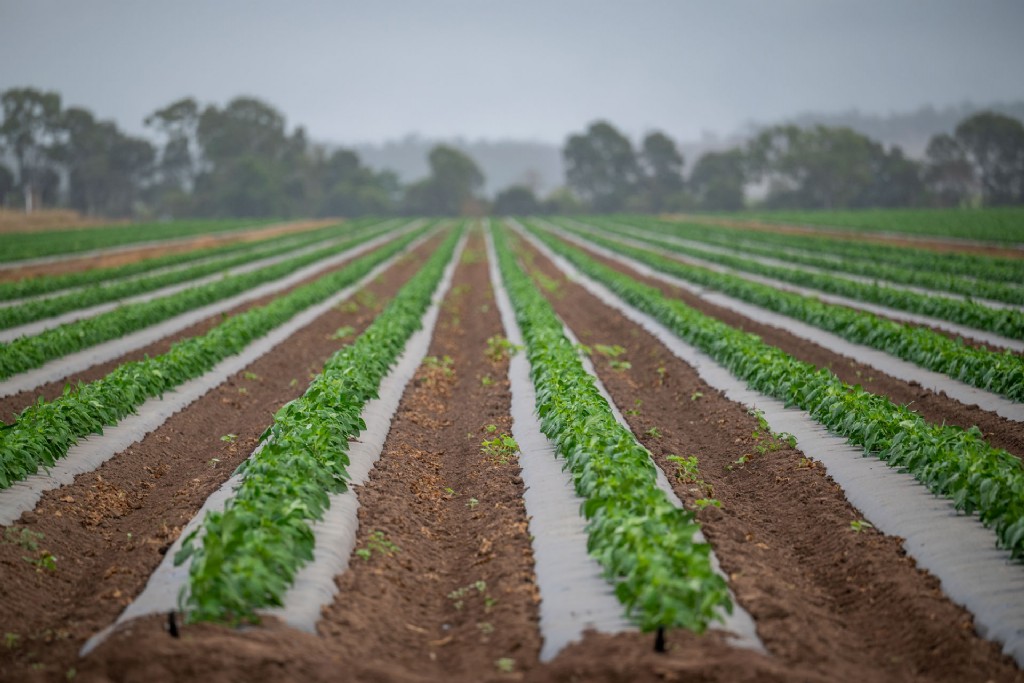 The importance of soil health

As Richard explains, the Soil CRC is working to better measure and assess soil health for growers.

“There are so many things that happen in soils – physical, chemical and biological. Defining soil health is difficult as it’s all encompassing with different parameters,” he said.

“Grower interest in soil health, especially in the vegetable and potato industries, has been driven by consumer sentiment and demand. Consumers want to know their fresh produce has come from a farm that has been managed sustainability, especially from a soils perspective.

“There is also a growing interest in regenerative agriculture and carbon sequestration – how growers can build and retain, or get back some of the carbon that has been lost due to historic land management practices. Growers are starting to realise they can make more money by putting less in rather than pushing their systems so hard.”

Research in the works

Since its inception in 2017, the Soil CRC has been working on a range of projects focusing on three key factors of soil health: soil moisture, soil nutrients and soil biology.

Many research projects relevant to vegetable and potato growers are underway and aim to provide practical and meaningful results to growers through tools that can be easily incorporated into existing production systems. They include:

“The Soil CRC is at the halfway mark of its 10-year funding period. After five years of research and validation in the field, we’re now working with commercial partners to take some of these products to market, and we expect many of these solutions to be available in the next two to three years,” Michael said.

“We’ve put a lot of effort into these research projects but the next five years will focus on extension and outreach, communicating what the Soil CRC has found and putting it into the hands of farmers.”

You can find out more about the Soil CRC’s current research projects at soilcrc.com.au and following the Soil CRC on LinkedIn and Twitter.

If you would like to improve your soil health, check out our fact sheet.