Kim Ngov grows vegetables near Campbelltown NSW, a south-eastern suburb of Sydney. Many of his crops, including snake beans, cucumber and snow peas, are grown on trellises with the alleys heavily infested with weeds. These were kept under control with multiple applications of herbicide using backpack sprayers. Additionally, there was the challenge of heavy foot traffic in the alleys causing the soil to become soggy following rainfall.

Recently, Kim took up the suggestion from the SoilWealth & ICP team of seeding cover crops into the alleys of snow pea for weed suppression and creating an easier working environment for his staff. Snow peas were planted in the week of 16 April 2020, followed by the seeding of cover crops on 26 April 2020 – ryegrass, ryecorn, buckwheat and mixtures of buckwheat + ryegrass and ryecorn + ryegrass. Annual ryegrass hand seeded at 20 kg/ha just ahead of a 20 mm of rain is currently the standout.

Convinced by these first positive experiences, Kim and the Cambodian Growers Group are happy to use cover crops on a broader scale in order to set up an integrated weed management (IWM) program, thereby reducing their reliance on herbicides and minimising the exposure of chemicals to personnel, crops and the environment. 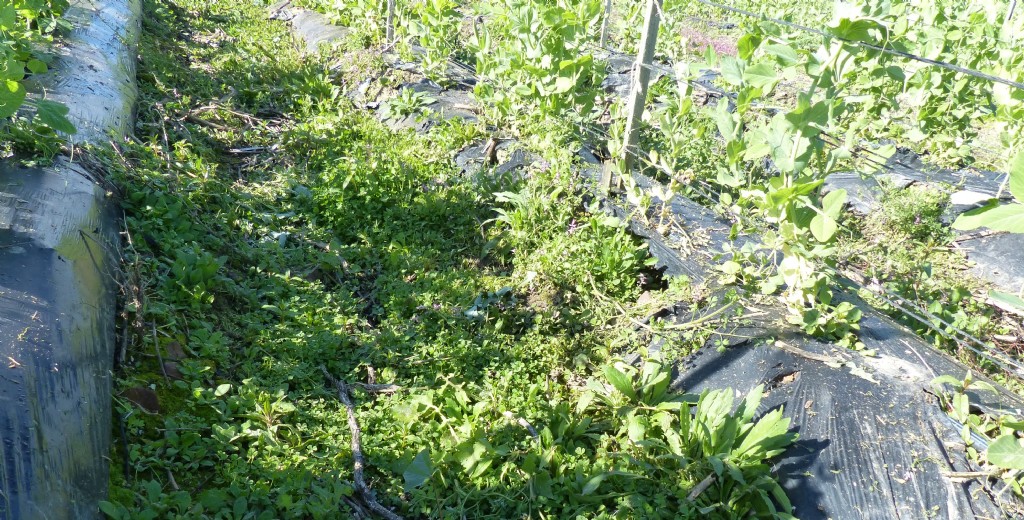 This project has been funded by Hort Innovation using the vegetable research and development levy and contributions from the Australian Government.