A drier than average summer is forecast for most regions, with most regions likely to receive less than their average rainfall, as shown in red below.

Many vegetable growing regions are already affected by the low water availability (storage) and this will be made worse by below average rainfall for all of Queensland, NSW and SA, and for the south of WA, most of Victoria and Tasmania. This comes after the dry year 2019 with some vegetable growing regions receiving less than half of their usual rainfall, and in some areas the lowest rainfall on record (see figures below).

The extremely dry conditions have also resulted in the current widespread bushfires around the country, impacting on vegetable producing regions like East Gippsland.

The forecast is better for northwest of Tasmania, uppernorth of WA and NT (Broome, Kununurra, Darwin coastal region), and some parts of Victoria (Bendigo, Bairnsdale). In those regions the average total rainfall in the next 3 months is forecast.

The low water availability and rainfall are made worse by warmer than average nationwide temperatures. These conditions are increasing irrigation to both meet the increased crop water use, and to cool crops on extreme temperature days.

These conditions are making for challenging summer growing conditions. 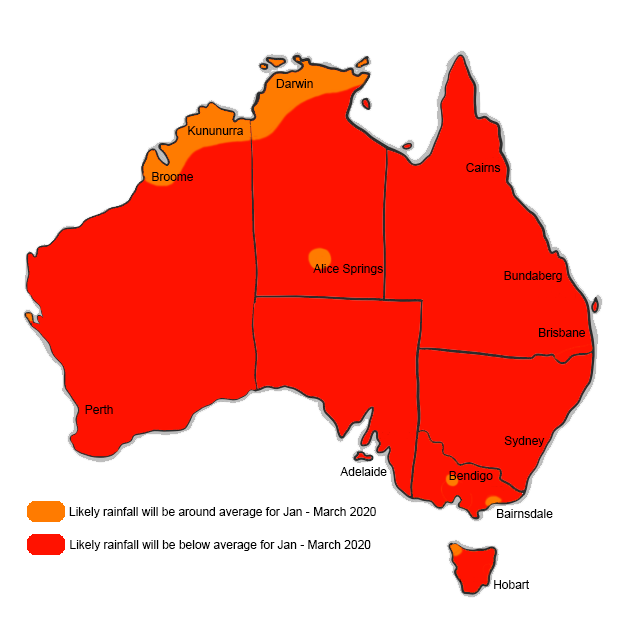 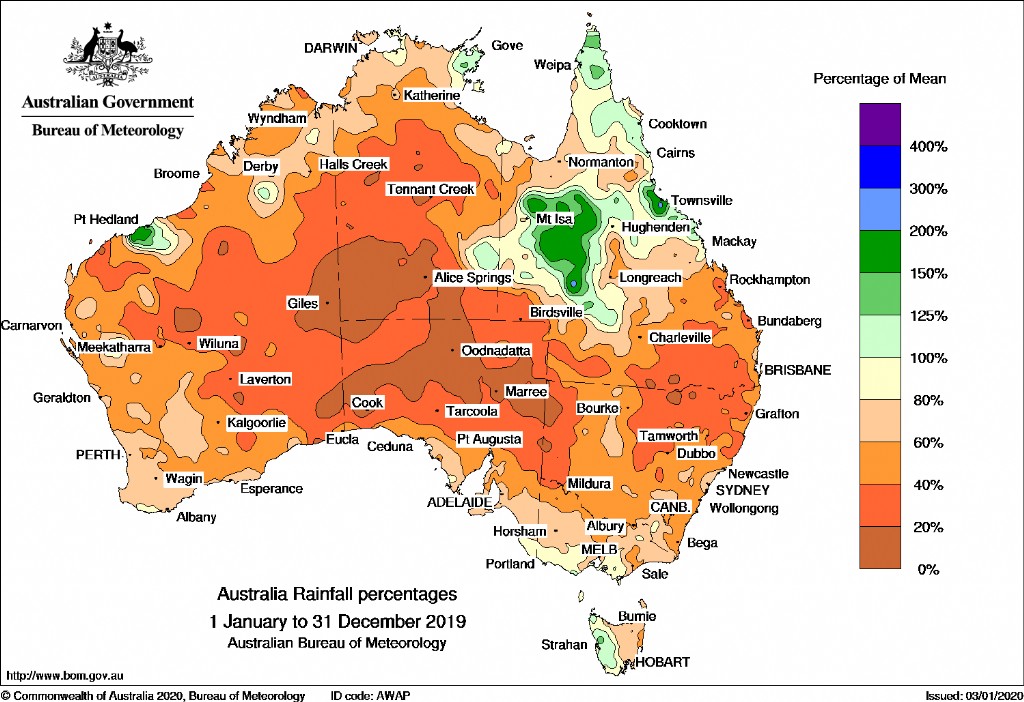 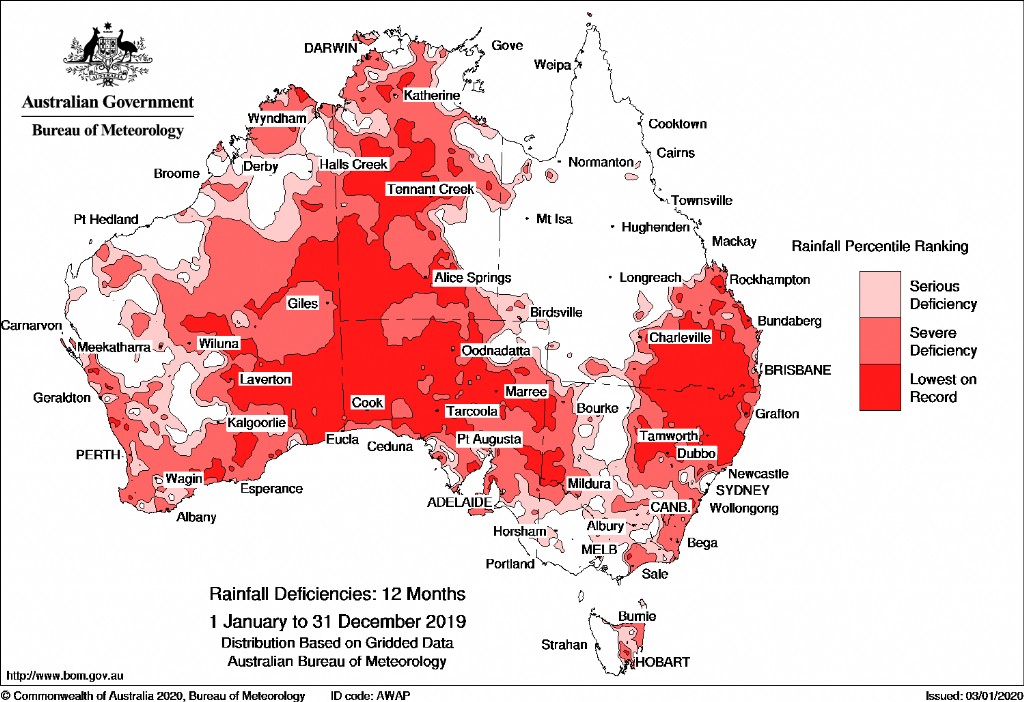 Watch also our webinar on irrigation and water management.

climate
« Return to Articles and publications