The integration of remote sensing in daily farm management is a hot topic driven by the evolving range of applications through the Internet of Things (IoT).  Hummingbird Technologies, headquartered in the UK, is a start-up company in this field.  It is an Artificial Intelligence (AI) business providing advanced crop analytics to its customers by using proprietary Machine Learning algorithms applied to remote sensing captured imagery. The company is active in Australia with teams based both in WA and NSW. It has also trials running in Brazil, Russia, Ukraine, Canada and New Zealand.

According to Andrew Regan, Hummingbird Technologies Head of Australia and New Zealand, some tools in development may help vegetable growers make the right decisions for weed control and harvest prediction. 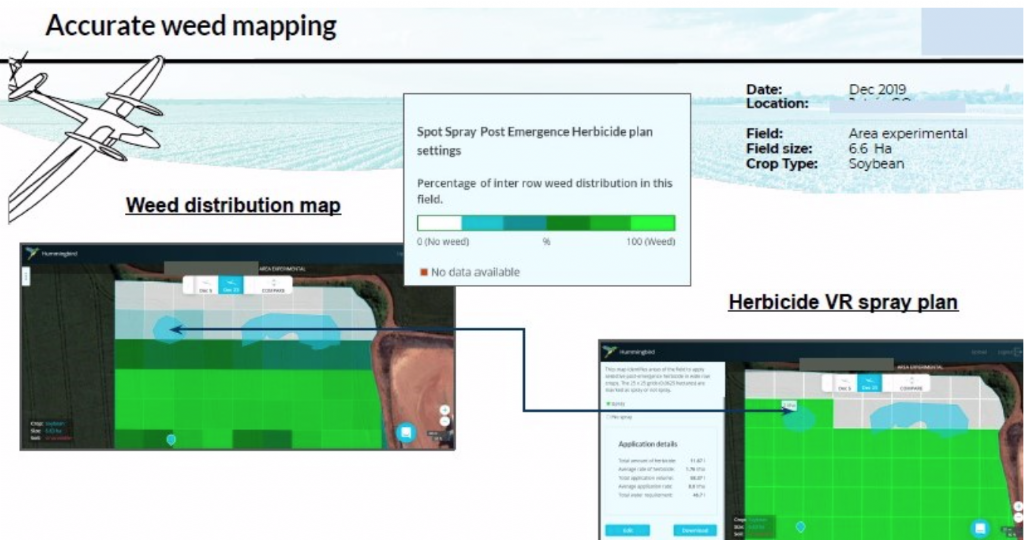 Images captured by a drone allow accurate mapping of weed distribution. This results in a variable rate (VR) prescription map in the form of a shapefile. The shapefile - which stores the location, shape and attributes of the geographic features - integrates with spray equipment allowing spot spraying with post-emergent herbicides.

“The benefit of the technology is to improve both the bottom line and the health of the soils through lower/more targeted herbicide use, in turn improving the long term capability of the soils,” Andrew said. Additionally, variable rate spraying reduces both the spray costs and the risk of herbicide resistance development.

“For beans, we have new tools that are in final development stage (for example, canopy coverage). Now we are in fact seeking weed data from Australia that would be used to help in validation of wide-row weed mapping in beans. We have developed a post-emergent wide-row weed mapping tool in Brazil that is fit for soybeans so we aren't starting from scratch here - only tweaking the wheel,” Andrew said.

“For sweet corn, we have wide-row weed analysis, we can do variable inputs of Normalized Difference Vegetation Index (NDVI) images, and we are developing a plant count heat map, that is a scalable method of counting maize field populations, by interpolating areas so it doesn't need to be flown 100% - to make sense of that, it's like soil scanning, scan every 12 metres and interpolate the non-scanned areas).”

A tool to detect and accurately measure lettuce plants has been developed. It captures lettuce data during the season and enables precision farming through identification of poorer growth areas. It works for iceberg, cos and some other varieties when not merged yet and gives a high accuracy (at least 90%).

“The application requires a drone to capture the field at a high resolution before processing the image with machine learning algorithms to count and size the lettuces. For brassicas, we are working with some growers to look at developing our lettuce sizing and counting algorithm to be as accurate on brassica crops at relatively the same stage in the crop cycle (say 3-4 weeks post planting),” Andrew said.

“In addition to this we also have products in potatoes, including plant population maps, canopy coverage and we have recently finalised a yield forecasting model that utilises NIAB CUF research from the last 30 years.” 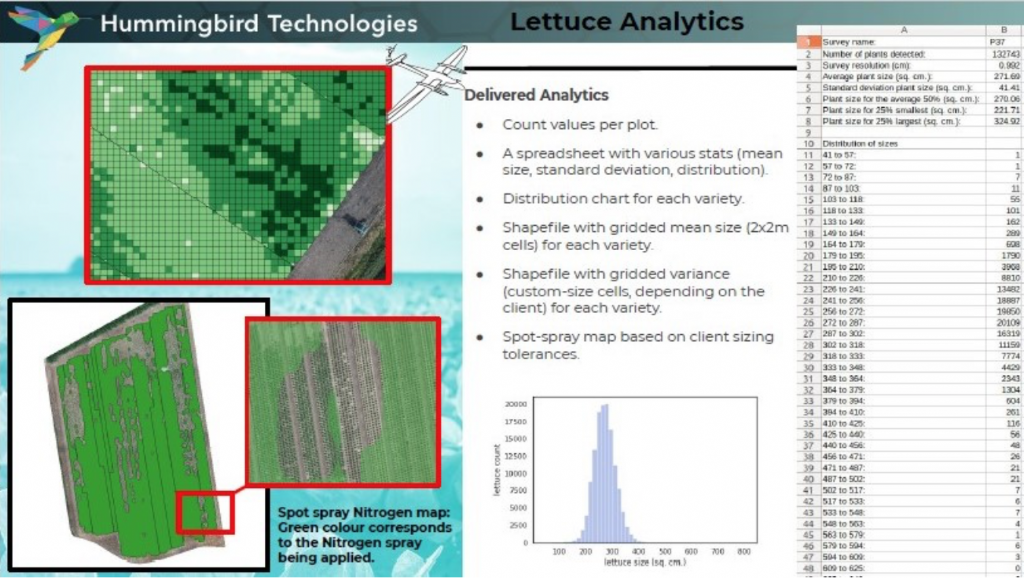 For more information on the tools, click on the PDF file links below.