Cover crops, typically grown during the wet season in the north of the Northern Territory (NT), are an essential part of best practice management where poor soil structure can be further eroded by heavy rainfall.

Research horticulturist Danilo Guinto and principal horticultural scientist Matt Hall, along with their team from the Department of Industry, Tourism and Trade (DITT), established a demo trial on cover crops for cucurbit growers at the Katherine Research Station.

Due to late monsoon rains, cover crops of pearl millet and sunn hemp were sown at the very end of January 2020. Being a member of the legume family, sunn hemp (Crotalaria juncea) – also known as brown hemp or Indian hemp – was of particular interest due to its perceived ability to improve soil fertility (by fixing nitrogen), yield high biomass, improve soil structure and suppress nematode infestation. 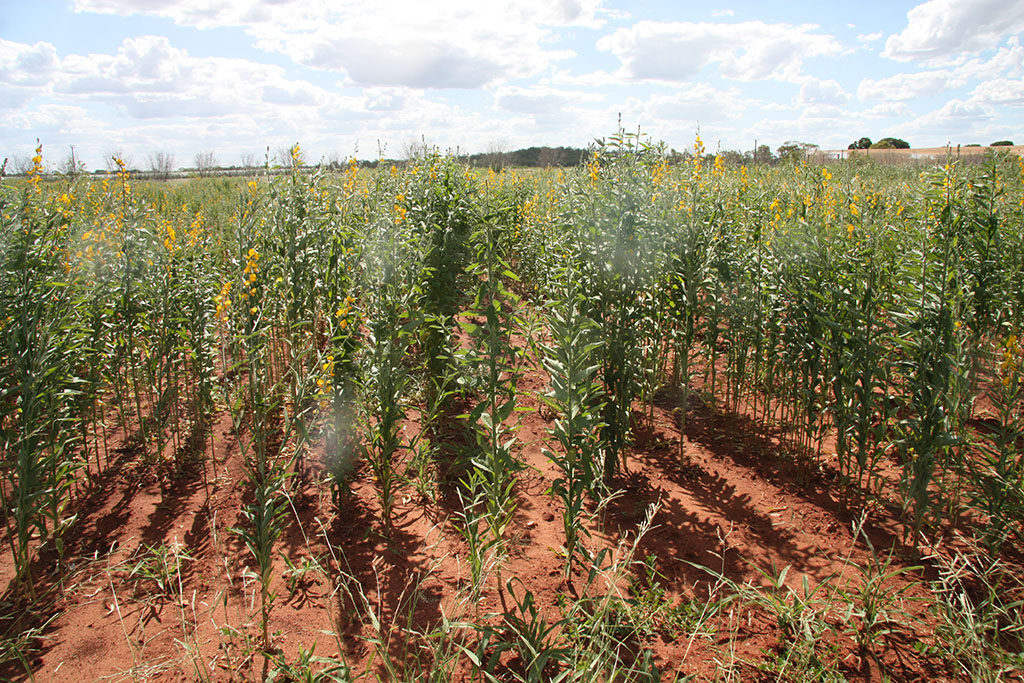 Seeds of sunn hemp (var. Global SunnTM) were inoculated with Rhizobia spp. and sown at 2-3 cm depth with a grain drill at a 40 kg/ha seeding rate (rows spaced 14 cm apart). An initial application of NPK fertiliser was applied at 200 kg/ha. Once established, sunn hemp is considered to be a drought tolerant crop. The cover crop did not receive any irrigation and was mulched and incorporated into the soil late March 2020.

Chemical analysis of soil samples before sowing and two weeks after incorporation showed no change in the amount of NH4+-N (1.0 mg/kg) and NO3--N (14.0 mg/kg), indicating very low nitrogen mineralisation from the surface mulching of the cover crop. Average dry matter yield measured prior to mulching was around 1.1 t/ha, which is low compared to the 6.8 t/ha yield for pearl millet at the same time. Similarly, nitrogen fixation through nodule Rhizobia was rather low, estimated at only 27 kg N/ha.

The 30 cm top layer of soil showed no significant levels of soilborne pathogens (fungi, nematodes) both prior to sowing and two weeks after mulching of the sunn hemp.

Cucurbit cropping was planned to start after the incorporation of the sunn hemp and pearl millet, however, COVID-19 restrictions stopped the supply of appropriate seeds.

This initial trial showed potential for sunn hemp as a cover crop in northern NT, but additional field trials need to follow up the effect of variety, seeding rate, fertiliser, soil moisture and other variables on nitrogen fixation and dry matter yield. 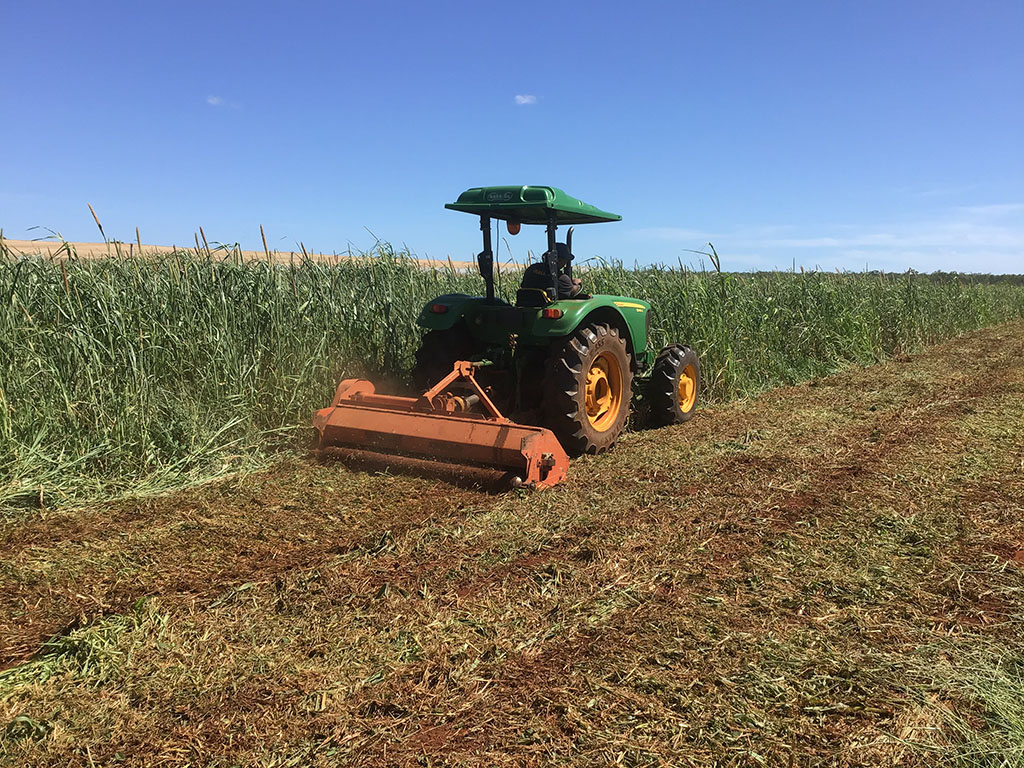