Powdery mildew has been found on a carrot crops in three states of Australia. The first finding of the disease was in the Murrumbidgee Irrigation Area (MIA) of New South Wales in 2007. It has subsequently been found in Tasmania and South Australia in 2008. While the organism causing the disease is commonly found in parsnip crops, powdery mildew has not previously been recorded on carrots in Australia. 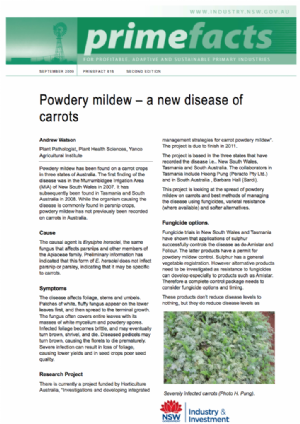